IT Outsourcing: Expectations Vs. Reality — Lessons from Google, WhatsApp, Slack and Co.

5 Biggest IT Outsourcing Risks: How to Stay Away

IT outsourcing is a huge market. Growing at a rate of over 4%, IT outsourcing is currently worth over $80 billion globally and companies of all sizes often outsource IT work to partners, suppliers, and vendors.

As a trend, outsourcing is a popular and often-used approach all over the world. Whether you are the CEO of a global Fortune 500 company or co-founder of a startup, leveraging the benefits of cost-effective experts that are external to your organization comes with numerous advantages.

Unlike internal staff, your company takes advantage of the benefits of IT outsourcing, as it doesn’t carry the risk and cost of payroll, admin, office costs, insurance, pensions, and other associated expenses. All of that is carried by the company you are working with. This way, your internal risks are reduced.

In addition to this, outsourcing can be scaled up or down according to the need. IT outsourcing makes companies more efficient without increasing capital or payroll costs, helping organizations to hit deadlines, and leverage growth opportunities.

Some of the world’s largest companies regularly use IT outsourcing across numerous divisions. And even in the technology sector, dozens of multi-million and billion-dollar firms were built — and still rely on — remote and outsourced developers.

Companies that rely on IT outsourcing

The companies listed below, alongside dozens of others such as Alibaba, Spotify, Slack, and Skype — now owned by Microsoft — regularly work with remote and outsourced developers, with many of them dependent on the skills of remote engineers in the early days. 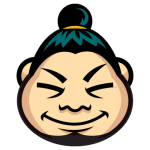 “A name that is no stranger to many in the marketing community, AppSumo launched in 2010 and is now worth over $2 million with an impressive mailing list of over 700,000.

To begin with, Noah paid a remote developer to integrate PayPal into a landing page, costing him $50. Even today, AppSumo runs lean and still relies on remote and outsourced developers for a wide range of tech needs and projects.

“A name everyone is familiar with all over the world, so commonplace it has become a verb.

Despite being known for taking good care of in-house teams, Google has always relied on working with remote developers and a wide range of other job roles, including virtual assistants and customer service agents.

One area that might surprise people that they outsource is phone and email support for Google Ads (formerly AdWords; Google’s main revenue generator). 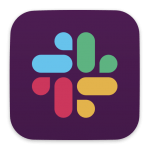 “It is a tool that millions of remote developers use around the world. It is always one we’ve used and would recommend. Would it surprise you to learn that in 2013, work on the product and design was outsourced to a remote firm? In 2013, the founding team — Stewart Butterfield, Eric Costello, Cal Henderson, and Serguei Mourachov — came up with the idea, created an MVP and beta tested it, before outsourcing the development work to a remote team. 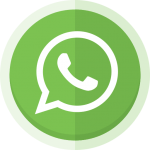 “Yet another startup success story. Founded in 2009, it grew at a rapid rate and then was bought by Facebook in 2013 for $19.3 billion. Development of the original app was outsourced to Russia, to a contractor iPhone developer named Igor Solomennikov, who eventually joined to the team as CIO. 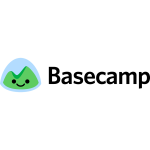 “Launched back in 2004, it embodies the ‘grow slowly and carefully’ mindset that not every tech company manages to achieve. At the time, Basecamp, then known as 37signals, was a web-project development tool, but not the main revenue source for the team. They were mainly doing consulting projects and this product emerged to help them with those projects.

“As demand for our services grew, we found ourselves increasingly disorganized. We didn’t like the rag-tag image we were portraying to our clients.

They were paying us good money — and our work was good — but the way we organized the work, communicated about the work, and presented the work wasn’t becoming.

It was time to [get organized].”

So that is what they did, outsourcing the development work on the product to increase the cost-opportunity gain. In time, Basecamp generated more than consulting work and they now manage a remote team of 50 people in 32 countries.

However, not every IT outsourcing project is as successful as the Basecamp or WhatsApp experience. Companies need to understand the expectations and realities and put structures and strategies in place to mitigate the risks of outsourcing development.

Although the world’s leading companies benefit from the use of outsourcing, this model is not perfect. In this article, we’ll tell you about the most common ‘expectation-vs.-reality’ situations that disrupt the outsourcing in general.

IT Outsourcing: Expectations vs. reality situations

Expectation: Companies want clear and consistent communications between two remote teams working on one project. Whether it is one person — the client — and one freelancer, or a whole team in two companies, there needs to be a near-constant flow of dialogue between both to ensure expectations are met, the information is clear and project outcomes are achieved.

Reality: There is always a risk that communication won’t be clear. One party can let the other down. Information isn’t always transmitted in a timely fashion, or it isn’t clear, or more detail is needed but the other party isn’t forthcoming with that information.

Managers in both teams could fail to shepherd the project along, causing missed deadlines, project timescales to drag, a lack of clarity, and an increase in the amount of confusion between parties.

In situations such as this, a creeping feeling of distrust can cause serious problems and potentially derail an outsourced IT project. Other problems, such as language barriers, working in different time zones, and even small cultural differences, can cause real and unforeseen gaps in understanding between both parties.

Expectation: In an ideal world, any outsourced teams should take clear guidance from the company culture of any client they’re working with. It also helps relations between a client and supplier that this works both ways. Culture is as important as the source code in a development project, and therefore it needs to be protected.

Reality: In reality, culture may not be front-of-mind for developers working on a project, unless a clear makes this aspect of the project clear. Not taking team culture into consideration can cause a breakdown in communications and expectations not being met.

It could also cause working practices that one company considers normal not to be delivered upon, such as keeping clear and accurate documentation of an IT project.

Ideally, a business analyst (BA) should be tasked with supporting the project from start to finish and communicating the needs of the client clearly, then ensuring an IT assessment is clearly communicated back to the client.

Reality: In reality, a business analyst can be sidelined or what they’ve understood about a project either isn’t understood or taken onboard, causing mission creep and unexpected misunderstandings and a misalignment. This can cause cost overruns and delays.

Expectation: Technical documentation is a roadmap for the project. It’s also vital to ensure the client has complete ownership of the project IP and can hand it over to an internal team to manage, or another vendor if they wanted to do so.

Reality: In reality, when projects are rushed or not managed well, or there is poor communication between the client and outsourced IT partner, documentation isn’t always top of the agenda.

The risk is this could be poorly maintained, thereby failing to document the project successfully and leaving the client and anyone else who might work on the code with knowledge and logic gaps.

IT Outsourcing mistake #5: Loss of control/lack of trust

Expectation: A client should always be able to manage and trust offshore development teams in almost the same way they would with internal projects.

Reality: Without clear communications, there is always the risk that true will breakdown or decrease during the project and a lack of control or transparency will always make this worse.

Key takeaways: how to mitigate the risks

Outsourcing IT projects is something that every company from Fortune 500 giants to tech start-ups do; it is a normal and vital part of IT project management. It is an effective way to manage and reduce costs while minimizing risk and internal complexities.

But managers within client companies need to be clearly aware of the risks before commencing with an outsourced project. As we’ve noted in this article, the risks include:

Some of the most effective ways to reduce these risks, or mitigate them as much as possible involve clear communications, and setting expectations in the very early stages of the project. Working with business analysts and project managers, and from the client’s side, avoid having too many chiefs and managers involved.

Don’t make an IT project more complicated than it needs to be. Make sure those responsible from the client’s side have sufficient leverage and C-suite support to make decisions, thereby supporting and increasing the chances of a more successful outcome.

Want to succeed in IT outsourcing hiring remotely? We can source a list of dedicated teams of highly qualified developers in 48 hours or less. YouTeam is a Y Combinator-backed marketplace that works with 200+ pre-vetted outsourcing agencies from Eastern Europe and Latin America and leverages a dynamic pool of 20,000+ experienced software developers. We know who’s going to be available next week, and we know whom to recommend you right after you leave your requirements. Let us help you hire an offshore development team in only a week.

Mary Atamaniuk is a digital content strategist, her areas of interest include digital marketing, tech entrepreneurship, and influencer blogging.